Why is TESS GIFT AI Voice Mouse Not Expensive? 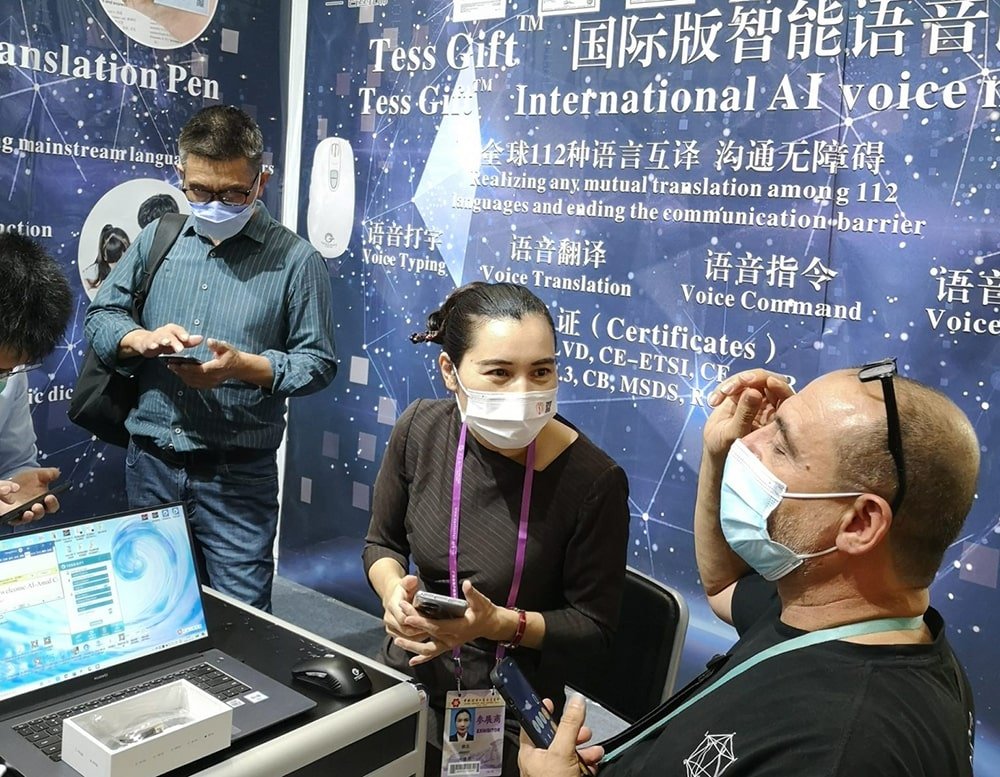 This article shares a story between Tess (the founder of TESS GIFT) and an Arabic customer.

After the Canton Fair from October 15-19, 2021, Tess met with a Saudi, who I call him M. She met M at the Canton Fair. She remembers it very clearly, M is one of the few foreigners who did not buy samples after trying out our AI voice mouse.

Unexpectedly, after the exhibition, M was the first person who invite Tess to their company for an interview.

What made Tess even more unexpected was that after she came to their company, another person received her, here I call him A.

A can speak neither English nor Chinese, only Arabic.

A said right off the bat that Google apps can solve language problems, too.

He said he did business with the Chinese even though he didn’t know English or Chinese.

His exact words were:

Your Voice Mouse functions like a Google APP, but without the convenience of a mobile phone, if consumers can use their phones to install free apps, why spend money on a mouse?

The implication was that he was not interested in our AI voice mouse, nor did he find it of much value.

And when he was done, Tess said:

Then you’re not our target customer.

My target customers are people who work with computers, not people who solve all their office problems with their phones.

So, as far as personal use is concerned, we don’t need to talk about it any more.

A stupefied for a moment, probably did not expect Tess to say such words.

Seeing that A was less aggressive, Tess relented and continued:

Still, from a business point of view, we can keep talking.

A didn’t understand, just looked at Tess, then Tess said:

You may be used to working on your mobile phone, but the dominant mode of work in the world is still computer-based.

Cell phones do take over some of the functions of computers, but they are limited to answering messages or simple emails, and involve complex files that must be done on a computer.

If you’re going to use a computer, a mouse is absolutely essential.

So, from a business point of view, a new mouse with traditional mouse functions and other functions, there is still a big market.

After listening to what Tess said, A stopped stressing that the mouse wasn’t very useful and said:

You’re right, but to sell well in the Gulf, it has to be good and cheap. Price is very important. Your product is very expensive. We need a good bargain.

Also called Smart AI Voice Mouse, some mouse retail price in China can be sold for about $10, but our products in Europe and the United States retail price of more than $100.

The question is, why can’t these $10 voice mice capture the American and European markets? Not even the mainstream Chinese market?

In theory, a good mouse on the market can sell for between $20 and $50, even if it doesn’t have voice functions.

Why does the AI voice mouse have more functions, is cheaper, and doesn’t have a big market?

This at least shows a problem, consumers are not fools.

High-end consumers who are sensible and capable of spending are not fools. They are willing to pay more for good products.

In view of this, our mouse in the hardware and software are striving to do with the highest standards.

To tell the truth, the price is never a problem, the supplier can always supply according to the customer’s target price.

The question is, are you willing to sacrifice quality for price?

Are you willing to put your brand at risk?

The reason why our AI mouse can get the European Union and the American market certificates very quickly, is because of the good quality.

By the way, all our certificates in the EU market are issued by the German TUV.

As you probably know, some of the most demanding buyers in Europe usually require a certificate of TUV for a specific product. Because TUV is the most stringent in Europe, the most authoritative certification body.

When it comes to price, the first people to sell a new product when it hits the market are the ones who make the most money.

If you have the opportunity to sell a product that has no competitors for a while, are you willing to give up the easy, attractive profits and sell it at a lower price? Well, I don’t want to.

By the time the product becomes ubiquitous, a price war is inevitable, and by the time someone else starts a price war, you’ll have made enough money.

Even if you were conned into a price war at the time, because your brand was the first to enter the market, leaving an impression on consumers, when consumers in the purchase, they will give priority to you. Because consumers are always more enthusiastic about old and well-known brands.

The law of the market is always the same, when a lot of people know to do a certain thing to make money, then enter the market, this thing began to go downhill.

Smart people should always be in the forefront of their peers, to become a leader in the industry, not to follow the footsteps of others.

A didn’t say anything else, just asked how much the profit of the product.

Tess gave him a number.

He listened, his face flashed an imperceptible gleam of joy, and then asked Tess to send all the videos and text materials to him at the moment.

He took a good look at it, and then he pulled together a group of, like, eight people, all from the Middle East.

He sent the videos to the group, and then he jabbered off in Arabic.

When he had finished, he asked:

Where is the mouse factory? Are you a trading company or a manufacturer?

I understand what you’re trying to say, but this product really isn’t what you think it is. You find the factory, you find the manufacturer.

So, do you think I’m a trading company or a manufacturer?

Or find the so-called factory, the factory can produce my products?

A made an AHA look and said,

I get it all now. This product has a threshold.

Then they shake hands and say goodbye.

From his disdain for our product to his great interest in AI voice mouse, it took only 90 minutes.

Around 2:30 in the afternoon, A sent a message saying that he wanted to buy five samples and send them to Arabia for testing.

In the evening, A texted Tess about the work he had done this afternoon and introduced Tess to a Kuwaiti client.

Why this Arab customer’s attitude towards our products changed so much? Because he feels that selling our smart voice mouse can make money, and it will make money that is not usually made.

If a businessman feels that a certain product can bring him objective profits, even if he does not understand the product, he will immediately learn and buy samples for testing as quickly as possible. And promote it with the most positive attitude.

The Distributor Prices will be sent to you automatically within 1 minute after you submit Valid Email Address via the below form.
If you want to get in touch with us as soon as possible, please click +86 136 4094 5237 to chat with us on WhatsApp.
0
YOUR CART
Subtotal:
$0
Checkout